Why are most mass shooters male?

In most of the gun-control debate, the talk is about whether guns (or certain types of guns) should be legal; the Second Amendment; mental health; and the sheer tragedy of children being mass-murdered. Yet, what does it mean that most mass shooters are male, typically white and young? Rob Okun has written this thoughtful piece. As Okun says, “phrases like ‘toxic masculinity’ (or ‘healthy masculinity’ for that matter) do men a disservice.” What it means to be a man or boy in 2018 America is very important, but these are politically correct phrases have no practical value, and little analytical value, in stopping the killing

Half of misogynist tweets sent by women, study finds

Why Involved Dads are Key to Preventing Childhood Trauma 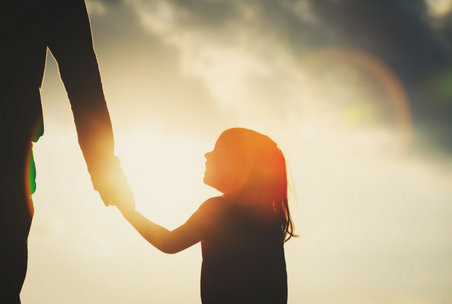 Research now shows that divorce or separation of a parent or guardian is one of the two most prevalent adverse childhood experiences nationally and in every state. And which parent is the one a child is least likely to live with after divorce or another type of separation? That’s right. It’s dad.

An “adverse childhood experience” (ACE) is an experience or event in a child’s life that creates trauma and, accordingly, leads to a negative outcome during childhood or later in life. Many children experience multiple ACEs. One in 10 children, for example, experience three or more ACEs. These children are at especially high risk for a host of negative outcomes. One of these outcomes is toxic stress.

A vital hedge against toxic stress and other ACEs is a steady, supportive relationship with a caregiver, such as an involved, responsible, committed dad. That’s why helping dads to become the best dads possible must be part of any sane strategy to address ACEs. It can prevent parental separation in the first place and, when separation occurs, help repair the damage wrought by separation.

Child Trends recently analyzed national data from 2016 to identify the prevalence of ACEs nationally and in each state. Their findings are alarming to say the least.

Father absence also plays a role in economic hardship. Children in single-parent homes are more likely to live in poverty.

Are you curious about the prevalence of divorce or parental separation, economic hardship, and six other ACE’s in your state? Are you interested in the prevalence of ACEs by race and ethnicity? Click hereto view and download Child Trends’ report. You can also learn about what researchers, policy makers, and practitioners have done to prevent ACEs and, when they occur, to ameliorate their effects.