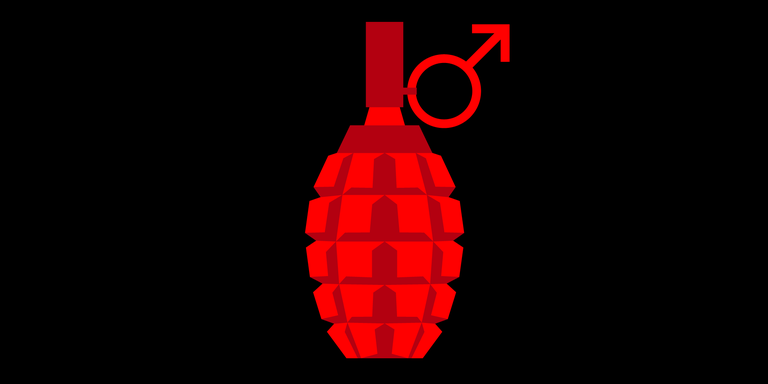 In the wake of yesterday’s massive March for Our Lives rallies for stronger gun-control laws, one aspect of gun violence in America has received relatively little attention. Gun-control advocates argue that there should be stronger background checks and bans on assault weapons, while others emphasize the need for greater attention to young people’s mental health. Both are right, but only a few talk about the fact that gun violence occurs overwhelmingly among young males.

Of all the mass shootings since 1982, only three have been committed by women, according to Harper’s.

What is it about men and guns? Or, at least American men and guns. And, when it comes to mass shootings, white men–mostly young–and guns?

Many of the back stories of mass shooters involve guys who were abusive toward–and jilted by–women; guys who are racist and often have links to online Nazi-style groups; men who have lost jobs; men who blame feminism for the world’s ills; guys who spend hours each day playing online mass-shooter games.

When my friends and I were kids, we “played Army”–yes, with toy guns–but this was a sort of patriotic re-enactment of America defeating the Nazis or maybe the communists. This was not a prelude to going out and buying an arsenal of weapons that should only be used in real wars.

So, what’s changed, and why is the U.S. so different from other countries when it comes to gun violence?

First, guns are so easily available and prevalent–300 million or more in civilian hands. Second, we have a particularly violent popular culture–movies, TV, video games (but all of these are available in other countries, where there are few gun deaths). Third, and perhaps as important as the easy availability of guns, is the link between guns and masculinity and toughness at a time when what it means to be “masculine” is in flux.

American boys and men get very mixed messages about what a man should be or how he should act. Should they be tough, cool (unemotional), the breadwinner, and the one who picks up the check, or should they embrace quality with women, be sensitive and expressive, and not be primed for a fight if they feel challenged?

Unfortunately, the confusion is very real, very frustrating for many men, and a result of a culture that has one foot in a post-feminist world and one in a world of traditional masculine norms. Boys and men need clearer messages about what it means to be a good man in 21st-century America.