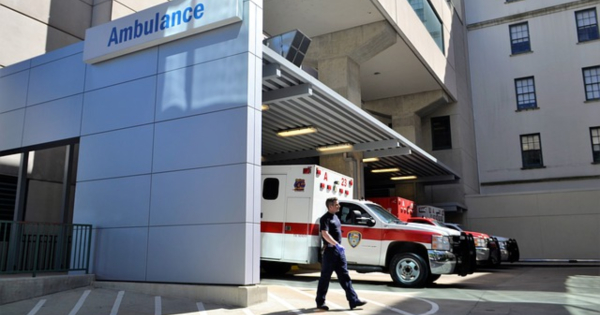 The mass murder at a Pittsburgh synagogue, the pipe bombs mailed to more than a dozen Democrats, as well as virtually all the mass shootings of recent years—from Las Vegas to Parkland, Fla. to mass killings of women by “incels” in California and Toronto—have all been committed by white men. These mass murderers are loners who have turned their personal failures into anger toward people of color, women, Jews, and immigrants. They are the extreme tip of an iceberg of male mental-health problems.

Men are 3 ½ times more likely to commit suicide than women, with rates rising rapidly in this century. Male substance abuse and opioid death rates, as well as the prevalence of alcohol dependence, are twice the rates for women.

The proportion of men who are “not very happy” rose from 9 percent in 2002 to 14 percent in 2015, according to the National Opinion Research Center’s General Social Survey. Loneliness is a hidden epidemic that former Surgeon General Vivek Murthy highlighted, as the percentage of men living alone rose by 50 percent between 1970 and the early 2010s.

Among the hundreds of men I interviewed for my new book, there were many expressions of despair: A 60-something white Californian with a Ph.D. spoke of “plenty of darkness and frustration.” A 30-year-old white Maryland man crashed out of the workforce in his early 20s, becoming an opioid addict who has made multiple attempts to kill himself. “I don’t have any friends or family,” a 40-year-old Latino man lamented. The evidence of increasing depression is strong, but is largely hidden by the traditional masculine belief that “it’s not OK to go to therapy,” as a young African American man told me.

But if the storms in men’s souls are growing worse, so too is men’s physical health. American men, on average, die five years earlier than women. Male life expectancy declined by several months between 2014 and 2016. Rates of hypertension, lower back pain, and ADHD have also risen in the 21st century among men. Falling sperm counts and declining testosterone levels not only affect sexual functioning but also are associated with a higher risk of arthritis, type-2 diabetes, and high blood pressure.

Cancer is 50 percent more prevalent among men than women, with prostate cancer killing 1 in 41 men. Men also account for nine out of ten workplace deaths and most violent deaths. And men—particularly unmarried guys—are less likely to seek preventive care, as many men put on their Clint Eastwood hats and say nothing’s the matter.

Millions of years of American men’s lives are lost each year, yet the deteriorating state of too many men’s health is a sad, costly, and little-discussed problem.

By contrast, feminism and initiatives like the Race for the Cure, which began in 1983, brought to the fore long ignored and taboo women’s health issues, from breast cancer and uterine and ovarian disorders to pregnancy-related problems and menopause. In 1990, the National Institutes of Health (NIH) established an Office of Research for Women’s Health. It now has a $5 billion annual budget and funds research throughout the country.

The Centers for Disease Control and Prevention (CDC) established an Office on Women’s Health in 1994. That same year, the Food and Drug Administration’s (FDA) created its own Office of Women’s Health. The Department of Health and Human Services (HHS) followed with an Office of Women’s Health in the Health Resources and Services Administration (HRSA) that focuses on preventive services, violence prevention, and trauma. HRSA also has a Maternal and Child Health Bureau, which had $1.29 billion in funding for research and outreach in 2018.

The federal government’s five different offices of women’s health fund. Yet, despite men’s worsening mental and physical health, there is not a single federal office devoted to men’s health.

Men’s poor health affects women, children, work, and the U.S. economy—as well as men. It is associated with divorce and failed relationships, fathers not seeing their children, and a significant decline in work. “Nearly half of prime age not-in-the-labor-force men take pain medication on a daily basis,” Princeton economist Alan Krueger reported, and they “derive relatively little meaning from their daily lives.”

The economic consequences are huge. Male suicides cost the nation at least $70 billion in 2015. Male opioid abuse costs another $50 billion for health care, lost productivity, and criminal justice. Medicaid spends billions on treating men who should not be sick. Alcohol poisoning, drunk driving, and all excessive drinking among men cost more than $150 billion in 2010. Rising levels of reported pain and poor health are associated with lower levels of work, impoverishing men and their families and depriving the United States of hundreds of billions of dollars in lost output and tax receipts.

Bills to create a men’s health office have been introduced and died for more than 15 years. A congressional Men’s Health Caucus was established in 2007. However, Jimmy Boyd of the nonprofit Men’s Health Network is optimistic that a bill will pass in the next Congress.

New agencies are hardly a silver bullet, but a government Office of Men’s Health could help American live healthier and happier lives. It could fund research, raise public awareness, and spur the private and nonprofit sectors to address all dimensions of male well being. This is critical not only for men, but for women, children, and our society and economy.
—